The following will list all attachments with a media type of image/jpeg and link directly to the image:

This should show the same thing, but link to the attachment page:

and here we test the orderby attribute:

As you can see, the shortcode does not render inside Contact Form 7. There is a work-around for that described here.

Here are a few tests of the archive pro matic shortcode: 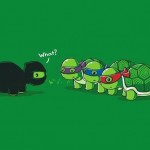 
Here is the standard TIE Fighter style with weeks omitted:

George Lucas’s creation of R2-D2 was influenced by Akira Kurosawa’s 1958 feature film The Hidden Fortress (USA release 1962), particularly Tahei and Matakishi, the two comic relief characters that serve as sidekicks to General Makabe. Lucas also drew inspiration from the robots Huey, Dewey, and Louie from Douglas Trumbull’s 1972 film Silent Running.
The name is said to derive from when Lucas was making one of his earlier films, American Graffiti. Sound editor Walter Murch states that he is responsible for the utterance which sparked the name for the droid. Murch asked for Reel 2, Dialog Track 2, in the abbreviated form “R-2-D-2”. Lucas, who was in the room and had dozed off while working on the script for Star Wars, momentarily woke when he heard the request and, after asking for clarification, stated that it was a “great name” before falling immediately back to sleep.[1]
R2-D2 stands for Second Generation Robotic Droid Series-2, according to a Star Wars encyclopedia published after the release of the film Star Wars: A New Hope.

Well, let’s see what it would take to do this. First we need to have a few paragraphs of text, this being the first. The idea is that after this sentence we will place a print-me shortcode and some funky targeting placeholder that will tell the function to print the element immediately preceding the print button. [print-me target=”%prev%”]

Our first idea was to use %prev% as a place holder that sets the target to the element above the print button. We could also define %next% to print the element immediately following a print button. [print-me target=”%prev%”]