This is a test of a new highlander grouping class system that allows CSS and jQery to target the various stages of highlander grouping elements. The following elements have the rel="animal-highlander" attribute assigned. When a single element is expanded, then all closed elements in the group will be assigned a class of animal-highlander_closed. When all elements are collapsed none of the elements in the group will have this class assigned.

Monkeys
A monkey is a primate of the Haplorrhini suborder and simian infraorder, either an Old World monkey or a New World monkey, but excluding apes and humans. There are about 260 known living species of monkey. Many are arboreal, although there are species that live primarily on the ground, such as baboons. Monkeys are generally considered to be intelligent. Unlike apes, monkeys usually have tails. Tailless monkeys may be called “apes”, incorrectly according to modern usage; thus the tailless Barbary macaque is called the “Barbary ape”.
Donkeys
The donkey or ass, Equus africanus asinus,[1][2] is a domesticated member of the Equidae or horse family. The wild ancestor of the donkey is the African wild ass, E. africanus. The donkey has been used as a working animal for at least 5000 years. There are more than 40 million donkeys in the world, mostly in underdeveloped countries, where they are used principally as draught or pack animals. Working donkeys are often associated with those living at or below subsistence levels. Small numbers of donkeys are kept for breeding or as pets in developed countries.
Ninjas
A ninja (忍者?) or shinobi (忍び?) was a covert agent or mercenary in feudal Japan who specialized in unorthodox warfare. The functions of the ninja included espionage, sabotage, infiltration, and assassination, and open combat in certain situations.[1] Their covert methods of waging war contrasted the ninja with the samurai, who observed strict rules about honor and combat.[2] The shinobi proper, a specially trained group of spies and mercenaries, appeared in the Sengoku or “warring states” period, in the 15th century,[3] but antecedents may have existed in the 14th century,[4] and possibly even in the 12th century (Heian or early Kamakura era).[5][6]

What if we wanted a non-expand element to also be affected by the magic shown above? For example, what if an image should only be displayed when none of the highlander grouped elements where expanded. Hmmm, good question. Let’s see. The first idea would be to simply assign the same rel="[group_name]-highlander" attribute to the image. This will work, but what if it’s simply not possible to assign a rel attribute to an image? We have expanded the plugin to also search for any element that has a class that matches the value of the expand groups rel value. So simply add a [group_name]-highlander class to any element you want assigned the [group_name]-highlander_closed class when a single element is expanded. 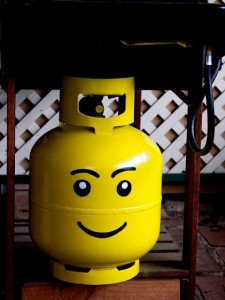